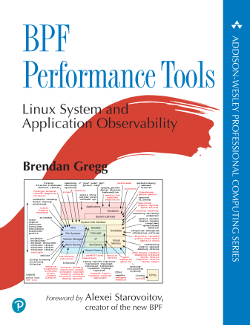 Evaluating the Evaluation: A Benchmarking Checklist

A co-worker introduced me to Craig Hanson and Pat Crain's performance mantras, which neatly summarize much of what we do in performance analysis and tuning. They are:

These have inspired me to summarize another performance activity: evaluating benchmark accuracy. Accurate benchmarking rewards engineering investment that actually improves performance, but, unfortunately, inaccurate benchmarking is more common. I have spent much of my career refuting bad benchmarks, and have developed such a knack for it that prior employers would not publish benchmarks unless they were approved by me. Because benchmarking is so important for our industry, I'd like to share with you how I do it.

Perhaps you're choosing products based on benchmark results, or building a product and publishing your own benchmarks. I recommend using the following benchmarking questions as a checklist:

This is a sanity test. I've refuted many benchmarks by showing that they would require a network throughput that would far exceed the maximum network bandwidth (off by, for example, as much as 10x!). Networks, PCIe busses, CPU interconnects, memory busses, and storage devices (both throughput and IOPS), all have fixed limits. Networking is the easiest to check. In some cases, a benchmark may appear to exceed network bandwidth because it returns from a local memory cache instead of the remote target. If you test data transfers of a known size, and show their rate, you can do a simple sum to see the minimum throughput required, then compare that to network links.

What percentage of operations errored? 0%, 1%, 100%? Benchmarks may be misconfigured, or they may be stress testing and pushing targets to error-inducing limits. Errors perform differently from normal operations, so a high error rate will skew the benchmark. If you develop a habit of reading only the operation rate and latency numbers from a lengthy benchmark report (or you have a shell script to do this that feeds a GUI), it's easy to miss other details in the report such as the error rate.

If you run the benchmark ten times, how consistent are the results? There may be variance (eg, due to caching or turbo boost) or perturbations (eg, system cron tasks, GC) that skew a single benchmark result. One way to check for system perturbations is via the load averages: let them reach "0.00, 0.00, 0.00" before you begin benchmarking, and if they don't get to zero, debug and find out why.

If I showed that the wheel on one car would fly apart if spun at 7,000 mph, and the wheel on another car at 9,000 mph, how much would that affect your purchasing decision? Probable very little! But I see this all the time in tech: benchmarks that spin some software component at unrealistic rates, in order to claim a "win" over a competitor. Automated kitchen-sink benchmarks can also be full of these. These kinds of benchmarks are misleading. You need to ask yourself: how much does this benchmark matter in the real world?

Once, during a proof of concept, a client reported that latency was unacceptably high for the benchmark: over one second for each request! My colleague began analysis using a packet sniffer on the target, to see if packets were really taking that long to be returned by the server. He saw nothing. No packets. A firewall was blocking everything – the reported latency was the time it took the client to time out! Beware of misconfigurations where the benchmark doesn't actually run, but the benchmark client thinks it did.