I originally posted this at http://bdgregg.blogspot.com/2005/12/solaris-performance-metrics-ive.html.

I've uploaded the first paper in a series I'm writing on Solaris performance monitoring metrics, it covers "disk utilisation by process" (AKA "utilization"). I've also created a website where the paper can be downloaded, and a cover photo, 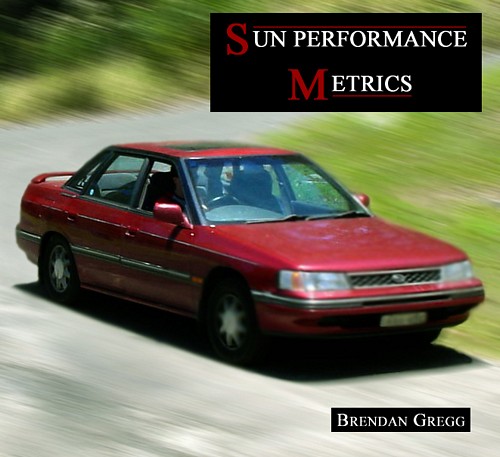 ... Which readers of Sun Performance and Tuning may find familiar. :-)

While writing freeware such as the DTraceToolkit, I'm often asked to explain the performance metrics I've choosen in greater detail. These papers will serve as a reference that I can point people to.

I began writing these over a year ago, before I had access to the kernel code. I liked to believe that it wasn't such a problem, yet with hindsight it was. The OpenSolaris project and being able to read through kernel code, has really made writing these documents possible!