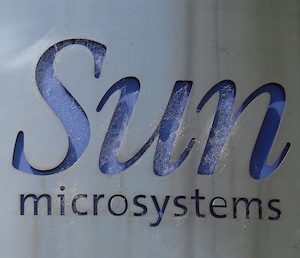 These are documents and software I wrote a while ago, which are no longer maintained, usually because the target technology has become obsolete. They are for the Linux, Unix, Solaris, and illumos operating systems, and may still be of use on some very old systems, or for historical reference. Since people may browse straight to the following websites directly without this disclaimer, each of these websites has a red warning stating that it is no longer maintained and is in this crypt.

Most of these are for Solaris. Solaris was an operating system that was in widespread use many years ago, and for a time was the best choice for high performance environments. It was created by Sun Microsystems, a company that was acquired by Oracle in 2010. I cut my performance teeth making Solaris go faster, and I ended up publishing software, articles, and books on Solaris performance. I've since created similar software for Linux and BSD, as well as articles and other resources. My final Solaris contribution was a migration post: Solaris to Linux Migration 2017.

The photo on the right is the cobwebbed Sun Microsystems sign when it was at the back of the Facebook sign at the Facebook (ex-Sun) Menlo Park campus. Facebook kept the Sun sign on display as a warning to its own employees about hubris and that it can lead large companies to failure, such as Sun.

Software written in either Perl, the Bourne shell, C, or DTrace:

Software written in either Perl, the Bourne shell, or C:

For other Solaris projects of mine not listed here, see my DTrace page, my Documentation list (jump to the end) for older presentations and articles, and the books: Solaris Performance and Tools, DTrace, and Systems Performance.